I wanted to take a moment to reach out to everyone and formally say hello. Hello. As most of you know Kim has recently moved out of state, and I will be taking over Three Moons Acupuncture.  I know Kim will go on and do a great many things back in her hometown and I wish her well in her endeavors.

There is a lot of work that goes into starting a business, so I appreciate your patience during this transition. Quite a bit of the transition was on hold until Kim completed her days at Three Moons Acupuncture.

That said, I have been running turbo speed to get things ready for the re-open.  This will include a new location & hours of service. The hours are yet to be determined I am currently working on a schedule.  I know how important it is to plan and my intentions are to post them as soon as possible.

This business website does offer information including my credentials and my mission if you haven’t had a chance to virtually meet me, please check it out. Click on the ‘About Us’ tab for details.

I am very humbled and excited to have this opportunity and I wanted to take a moment to say that I appreciate your continued patience during this time.

I posted a storefront picture of the new location (see below). The address 705 50th Street, Kenosha, Wi. 53140.  The business number will remain the same 262-977-8793. The business website will continue to be: threemoonsacupuncture.com

There will be more to come very soon!! 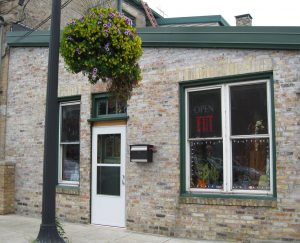 The season of fall brings cooler weather and shorter days. As with any season, the world adjusts accordingly. Plants begin to go dormant, animals begin scrounging for food to store to get them through the upcoming winter months and humans start winterizing everything.

As fall descends on the land, it reminds us we need to start cutting back on the numerous cooling foods that are consumed during the summer months. Things like raw foods, salads, juices and fruits should be decreased because they can create too much cold in the body, according to traditional Chinese medicine. END_OF_DOCUMENT_TOKEN_TO_BE_REPLACED

Five Reasons to Get Acupuncture for Low Back Pain

Statistics show eight out of 10 people will experience low back pain at some point during their life. Seeking medical treatment for back pain is very common. Typically back pain is fleeting and can be easily resolved with rest, heat and an occasional anti-inflammatory like ibuprofen. However, once the damage is done, the recurrence of back pain can be as high as 50 percent. Part of this is because as we age, things like muscles and tendons become less flexible and pliable. It is also very well known in the United States, people are too sedentary and this leads to excess weight gain that can create added pressure on the body, especially the low back. END_OF_DOCUMENT_TOKEN_TO_BE_REPLACED

Five Reasons to Get Acupuncture for Low Back Pain was last modified: July 29th, 2019 by admin

Meet the Interstitium aka the San Jiao Channel

Once again, it looks like conventional medicine is finally catching up with Traditional Chinese Medicine. Just this past week, scientists reported that they have discovered a “new organ”, which they have named the interstitium. The Chinese have known about this organ for centuries, but they named it the san jiao.

The san jiao is responsible for the movement and transformation of various solids and fluids throughout the body, as well as for the production and circulation of nourishing energy and protective energy. It is not a single self-contained organ, but rather a functional energy system involved in regulating the activities of other organs. It is composed of three parts, known as ‘burners’, each associated with one of the body’s three main cavities: thorax, abdomen and pelvis. An ancient Chinese medical text states: ‘The Upper Burner controls intake, the Middle Burner controls transformation, the Lower Burner controls elimination.’

The Upper Burner runs from the base of the tongue to the entrance to the stomach and controls the intake of air, food and fluids. It harmonizes the functions of the heart and lungs, governs respiration and regulates the distribution of protective energy to the body’s external surfaces.

The Middle Burner runs from the entrance to the stomach down to its exit at the pyloric valve and controls digestion by harmonizing the functions of the stomach, spleen and pancreas. It is responsible for extracting nourishing energy from food and fluids and distributing it via the meridian system to the lungs and other parts of the body.

The Lower Burner runs from the pyloric valve down to the anus and urinary tract and is responsible for separating the pure from the impure products of digestion, absorbing nutrients and eliminating solid and liquid wastes. It harmonizes the functions of the liver, kidney, bladder and large and small intestines and also regulates sexual and reproductive functions.

According to the scientists that “discovered” the interstitium, it is located almost everywhere in the body, but specifically just below the skin’s surface. It surrounds arteries and veins, encases the fibrous tissue between muscles and lines the digestive tract, lungs and urinary system.

The interstitium looks like a mesh. It is a layer of fluid-filled compartments strung together in a web of collagen and a flexible protein called elastin. Scientists previously thought the layer was simply dense connective tissue.

In Traditional Chinese Medicine, the san jiao channel is used to move energy and lift depression. The san jiao channel begins at the tip of the fourth (ring) finger and runs up along the dorsum of the hand and lower arm, to the back side of the upper arm, over the shoulder, up the neck, wraps around the ear and ends at the outer corner of the eyebrow. The san jiao channel is found bilaterally, but only one side has to be used for treatments to be effective.

Meet the Interstitium aka the San Jiao Channel was last modified: April 3rd, 2018 by Candi Carmody 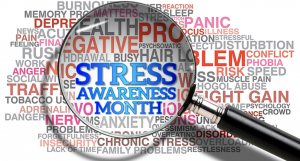