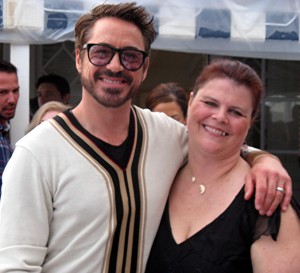 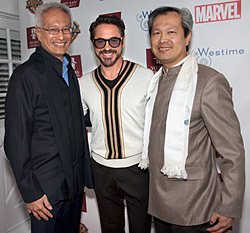 In March of 2012, actor Robert Downey Jr. was honored for his advocacy of traditional Chinese medicine (TCM). Downey received the Robert Graham Visionary Award from the founders of Yo San University, Dr. Daoshing Ni and Dr. Mao Shing Ni. Yo San University is one of the most highly regarded traditional Chinese medicine schools in the United States and also where this practitioner got her start. Just before leaving Los Angeles and transferring to Midwest College of Oriental Medicine in Racine, WI, I had the immense privilege of meeting Mr. Downey and expressing to him what his promotion and adoration of TCM meant to me and how it also inspired me to become the best practitioner I could become.

Mr. Downey has accredited TCM with helping him become healthy and staying that way. Mr. Downey stated at the awards ceremony that “Truth be told, every discipline that I have employed that has its roots in the Chinese tradition has worked, and that’s what I’m really drawn to, it’s the way is the way is the way, and when things work, they are really worth putting your time and energy behind”.

Dr. Mao Shing Ni, who has treated Downey said there was no question about giving the award to Downey, who has been a great example of what Traditional Chinese Medicine can do.

“What he has done as a spokesperson for Chinese medicine and from the perspective of where he was health wise to where he is today, it has been very positive for him and that is why he is here to support our event,” said Dr. Mao Shing Ni.

Mr. Downey is a shining example of what TCM can do for us. He has literally turned his life around and become one of the most revered actors of his generation and perhaps of all time.

To learn more about TCM and how it can help you obtain your health goals, please feel free to contact us. We look forward to helping you along your journey to wellness.

This article was posted in Blog. Bookmark the permalink. Follow comments with the RSS feed for this post. Both comments and trackbacks are closed.
(262) 977-8793 Directions Contact/Schedule